What the Acronis Cyber Threats Report - 2020 tell us? 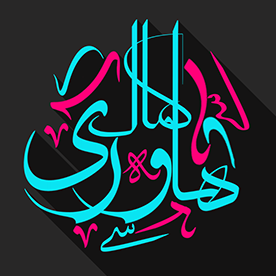 Acronis has three research centers to monitor and investigate cybersecurity incidents around the world. It publishes the total data and events of this year in a report every year, so let's see what this report tells us for 2020.

1. New fraud techniques appeared by Covid-19: After the spread of Covid-19 pandemic, people were collecting information online about how to protect themselves and read the latest news, and cybercriminals undoubtedly took advantage of this opportunity and used new scams and tricks to get important and secret information about their victims. especially using phishing techniques using fake-free test and fake financial support

2- Remote workers are under attack: The COVID-19 pandemic has significantly changed the threat landscape, highlighting numerous security and privacy risks associated with remote work operations – including remote access to internal company servers, virtual conferencing, and security training among employees. a number of obstacles and risks arise in front of the IT team of companies in moving their work environment to a remote environment or a hybrid environment.

4. Simple backup and security are not enough anymore: since 2016, ransomwares have been attacking backups. cybersecurity experts have been advising people and companies not to pay the ransom when their files are encrypted by ransomware instead of that, they should back up their data and systems because if there is a backup, you don't have to pay to return your data. But since 2016, many ransomware have also attacked the backups, and they can stop old model backup programs, as they are unable to protect themselves.

If we take "Conti " ransomware as an example, the average request for this ransomware is less than $100,000, using Windows Restart Manager to close any open or unsaved files before encrypting. It will also delete all hidden backup copies stored on this COMPUTER, as well as stop all services associated with antivirus, SQL, cybersecurity, backup programs such as Veeam and BackupExec.